There are several online maps available on the internet, but something still tells me after the first brief trial that this is one of the better implementations of the idea. It is very usable even in its present, early form, it has a simple user interface, and calculates routes quickly. There are quite a number of “extra” features included, most of them have been borrowed from car navigation systems. 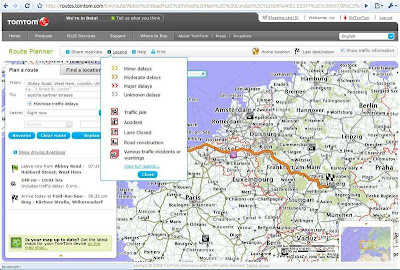 The user interface is clear and there is a roll-down menu with the legend of icons. 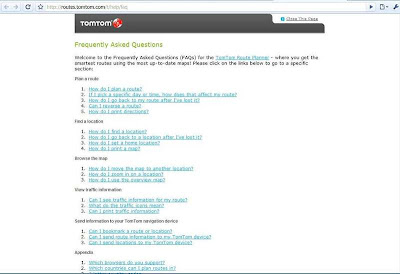 TomTom Route Planner also includes an “Online Help” interface for those who need some assistance while using the software. 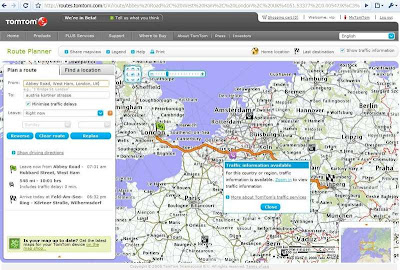 The map also features traffic information, alas, Hungary is not in the list of countries supported as yet. If you hover over an item with the mouse cursor a pop-up box appears with some more detailed info on the cause of the delay. According to TomTom, Hungarian TMC info will also be included sometime in the near future – they promised to let us know as soon as this service has become available. 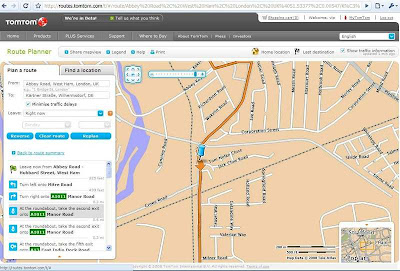 The route can be displayed in its entirety or in sections, and the trickier parts can even be zoomed in to enable a “detailed investigation”.

Extra features worth noting include IQ Route, HD Traffic, and MapShare. For an explanation please click here. TomTom Route Planner is still in the test phase and will be made available to you all after all the tests have been successfully completed.